This bas relief is one of hundreds carved into the walls of the temple at Angkor Wat. Many of the bas reliefs depict stories or events. It really makes the mind wander as you walk through the temple complex and take in all of the magnificent carvings.

The modern name, Angkor Wat, means "Temple City" or "City of Temples" in Khmer; Angkor, meaning "city" or "capital city", is a vernacular form of the word nokor (នគរ), which comes from the Sanskr 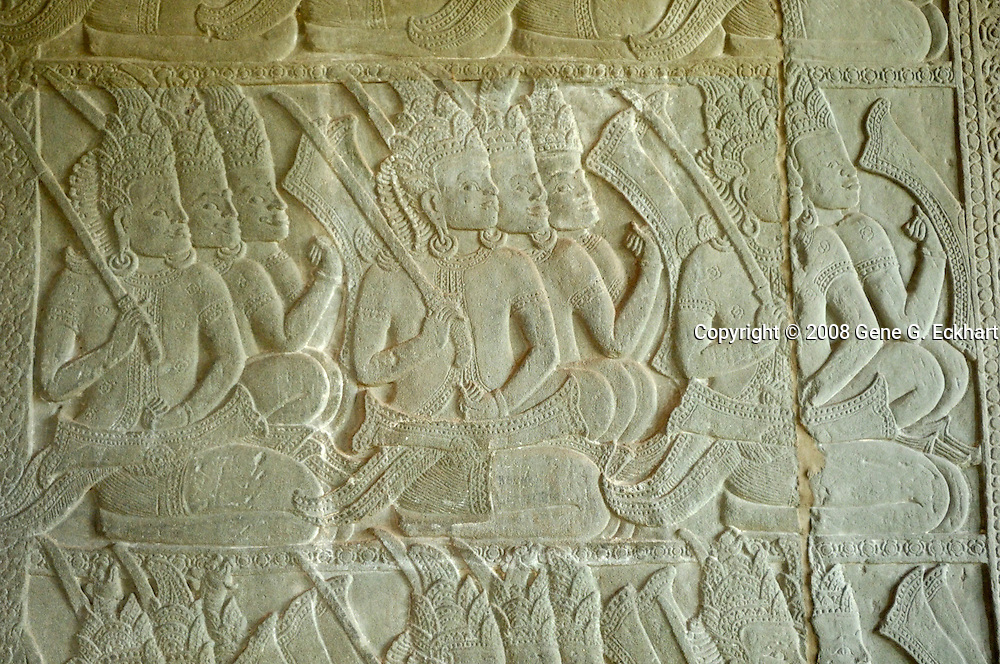