One of the most interesting sites in Fez is the Leather Souq and the oldest leather tannery in the world. The tannery dates back at least nine centuries. When approaching the tannery the smell is the first suggestion that something different is about to appear. The smell drifts around the balcony from where all the activity can be viewed and is enough to put off the most enthusiastic of tourists. The stench is worth braving as the view over the balcony allows those watching to see a site that has not changed since the 11th century.

The tannery is composed of numerous stone vessels filled with a vast range of dyes and various odorous liquids. The tannery processes the hides (skins) of sheep and goats, turning them into high quality leather products such as bags, coats, shoes, slippers and other similar products. This is all achieved manually, without the need for modern machinery. Men work in unbearably hot conditions (in the summer - 40 degrees and above). The tannery is a good example of mass production, a process that we often consider as being modern.

The workers stand in the stone vessels arranged like honeycombs, filled with different dyes, dying the arms and legs of the men. The hides are first soaked in diluted acidic pigeon excrement and then transferred to other vessels containing vegetable dyes such as henna, saffron and mint. When the dying process has been completed the hides are dried on the roofs of the Medina.

The production line created five hundred years ago is basically the same today. 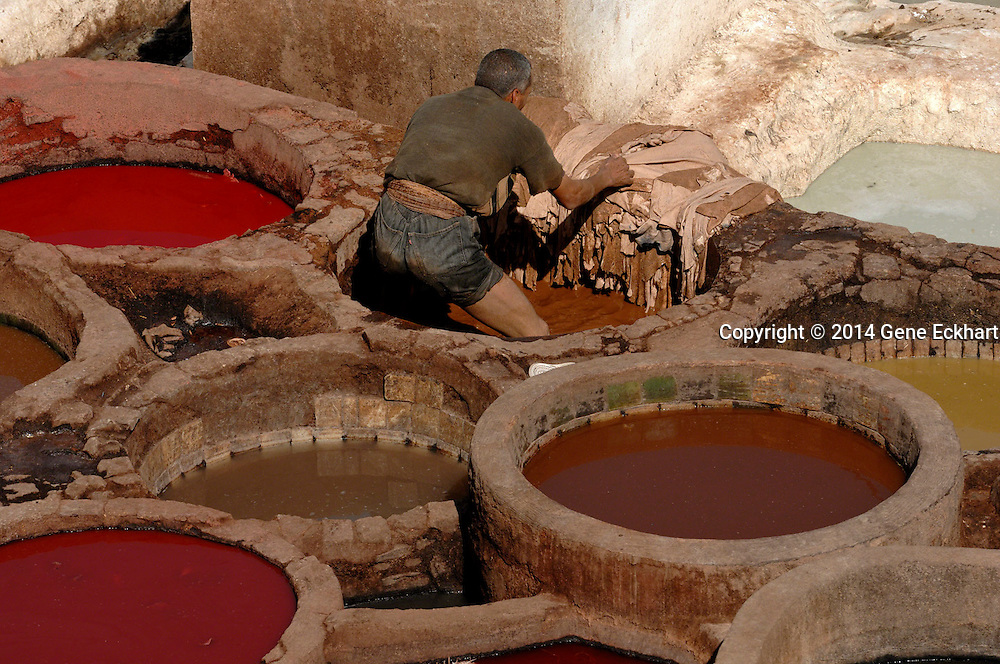