The Barbary macaque (Macaca sylvanus), Barbary ape, or magot is a species of macaque unique for its distribution outside of Asia and for its vestigial tail. Found in the Atlas Mountains of Algeria and Morocco and El-Kouf National Park in Libya along with a small population of unknown origin in Gibraltar, the Barbary macaque is one of the best-known Old World monkey species.

This image is a great display of grooming behavior. This behavior is common amongs most primates and many other species and is always interesting to watch when it is occuring naturally.

The Barbary macaque is of particular interest because males play an atypical role in rearing young. Despite uncertain paternity, males are integral to raising infants. Generally, Barbary macaques of all ages and sexes contribute in alloparental care of young.
Macaque diets consist primarily of plants and insects and they are found in a variety of habitats. Males live to a maximum of 25 years while females may live up to 30 years. Besides humans, they are the only free-living primates in Europe. Although the species is commonly referred to as the "Barbary ape", the Barbary macaque is actually a true monkey. Its name refers to the Barbary Coast of Northern Africa.
The Barbary macaque population of Gibraltar is the only such population outside of Northern Africa. The Rock of Gibraltar is populated by approximately 230 macaques. 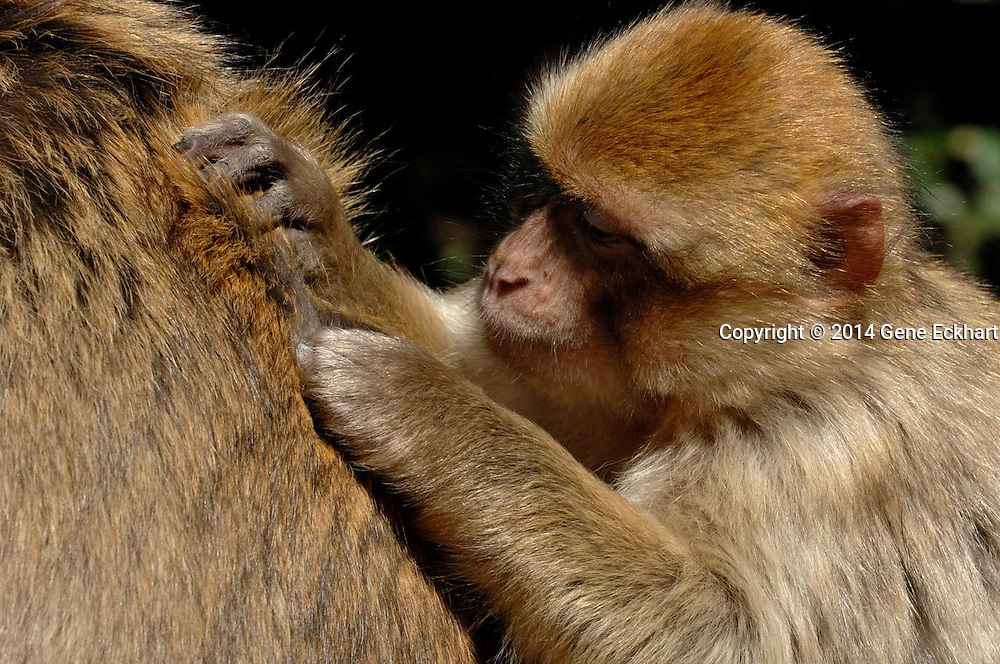