The narrow pathways and streets of the medina (old city) in Fez, Morocco add so much to charm and feel of this city. These parts of the city are very old. You can feel it as you walk through the medina and take in the surroundings.

Since then, the twin cities have led a symbiotic existence without losing their own character. 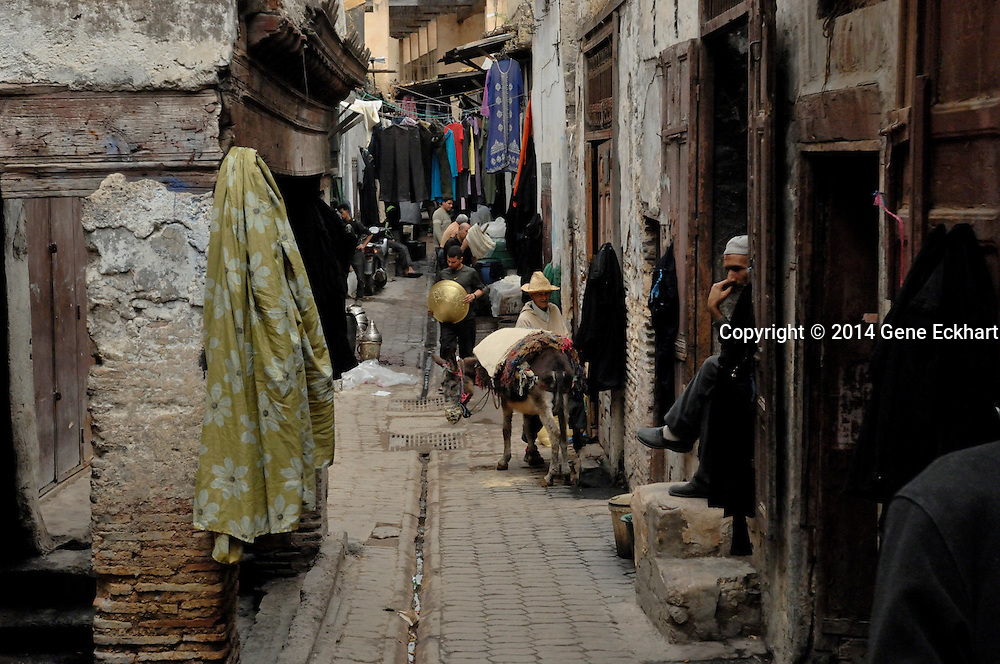