About 6,800 years ago, at the climax of a series of dramatic eruptions, the top of Mt. Mazama collapsed. Left behind was the huge crater, or caldera, you see today. But before the caldera filed with water, there were more eruptions.

The most striking evidence of post-collapse volcanic activity is Wizard Island, the small volcano in the middle of Crater Lake. It's symmetrical cone was formed by a fountain of cinders which erupted from the caldera floor. On the left side of the caldera, a similar cone appeared, but today it lies hidden 496 feet (151m) beow the lake surface.

Geologists believe that lava flows which erupted after the collapse helped to seal the fractured caldera floor, allowing melting snow and rain to accumulate.

When Mt. Mazama collapsed about 6,800 years ago, it left behind evidences of its former self. Like X-ray photos, the steep caldera walls reveal the interior of Mt. Mazama before its fall.

The massive gray monolith on the rim is Llao Rock. It formed when a large outpouring of lava filled an explosion crater on the north slope of Mt. Mazama. When Mt. Mazama collapsed, part of the hardened lava flow broke off and fell into the caldera, leaving the downslope portion perched on the rim.

The jagged, colorful spires of Hillman Peak are the remains of a secondary volcano which erupted on the side of Mt. Mazama. This satellite cone attained a height of 1,000 feet (300m). Erosion has exposed a maze of clogged and solified lava conduits that fed the Hillman volcano. 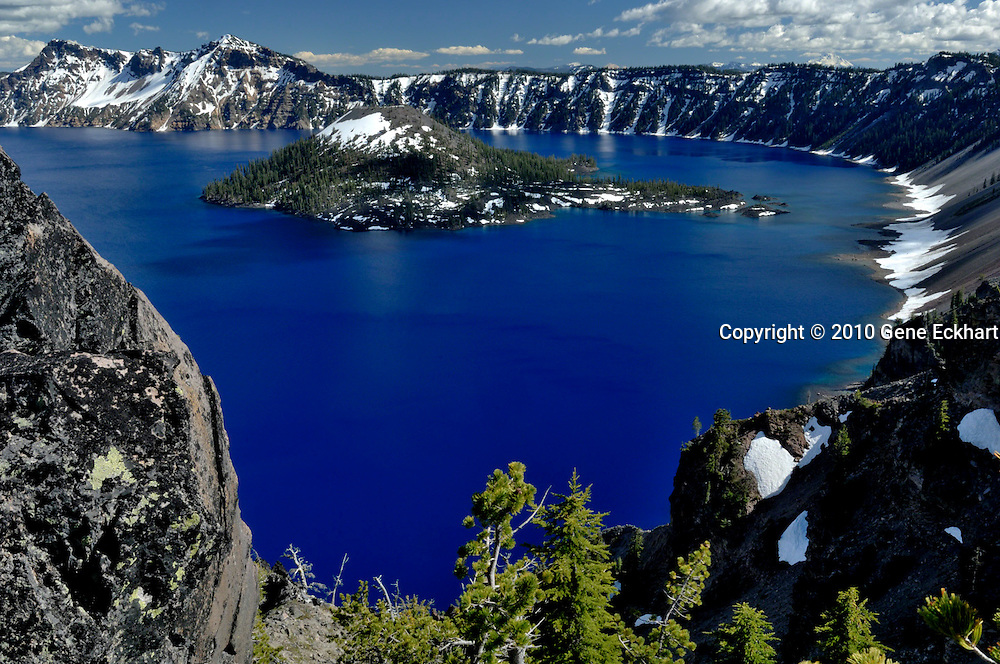