This view of a mosque against the backdrop of the Rif mountains was taken from a rooftop inside the medina (old city) of Fez. Fez is located between the Rif mountains and the Atlas mountains in northern Morocco. It's a beautiful area and the views of the area are quite beautiful, particularly in the spring.

Since then, the tw 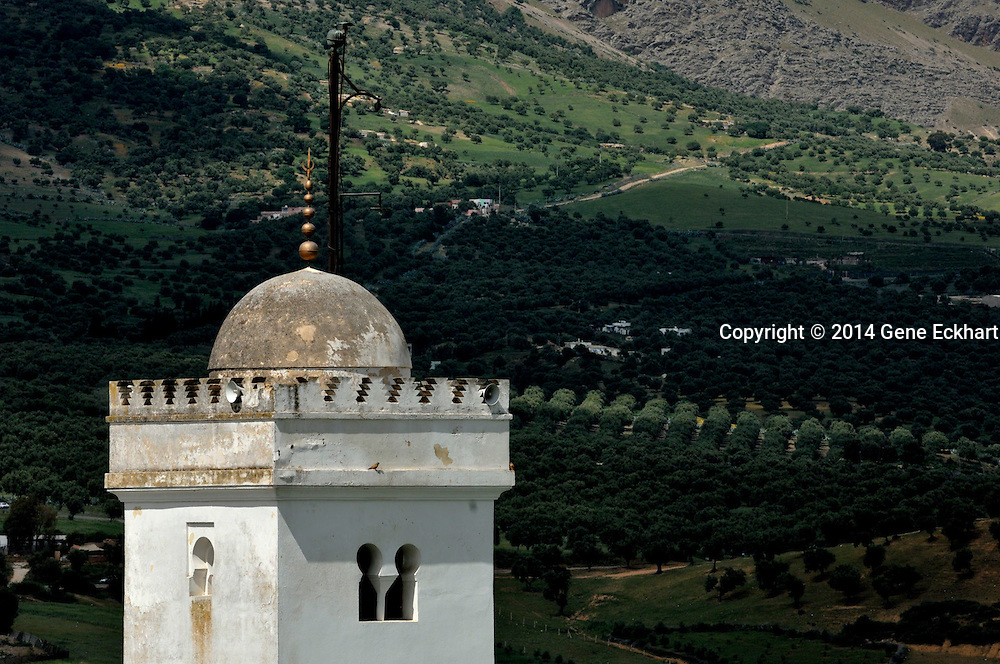