These giant faces carved out of sheer rock loom large against the backdrop of the forest.

Faces on Prasat Bayon
The last temple known to have been constructed in Angkor Thom was Mangalartha, which was dedicated in 1295. Thereafter the existing structures continued to be modified from time to time, but any new creations were in perishable materials and have not survived. In the following centuries Angkor Thom remained the capital of a kingdom in decline until it was abandoned some time prior to 1609, when an early western visitor wrote of an uninhabited city, "as fantastic as the Atlantis of Plato". It is believed to have sustained a 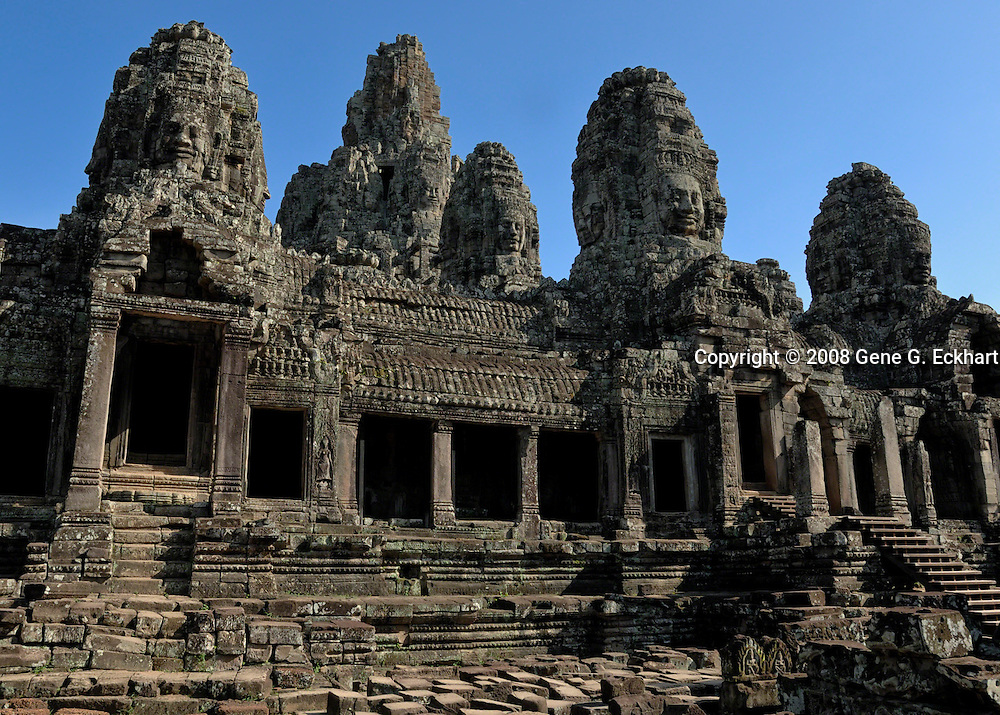