This view of the medina (old city) of Fez was taken from the hills outside of the medina. Fez is located between the Rif mountains and the Atlas mountains in northern Morocco. It's a beautiful area and the views of the area are quite beautiful, particularly in the spring.

Since then, the twin cities have led a symbiotic exist 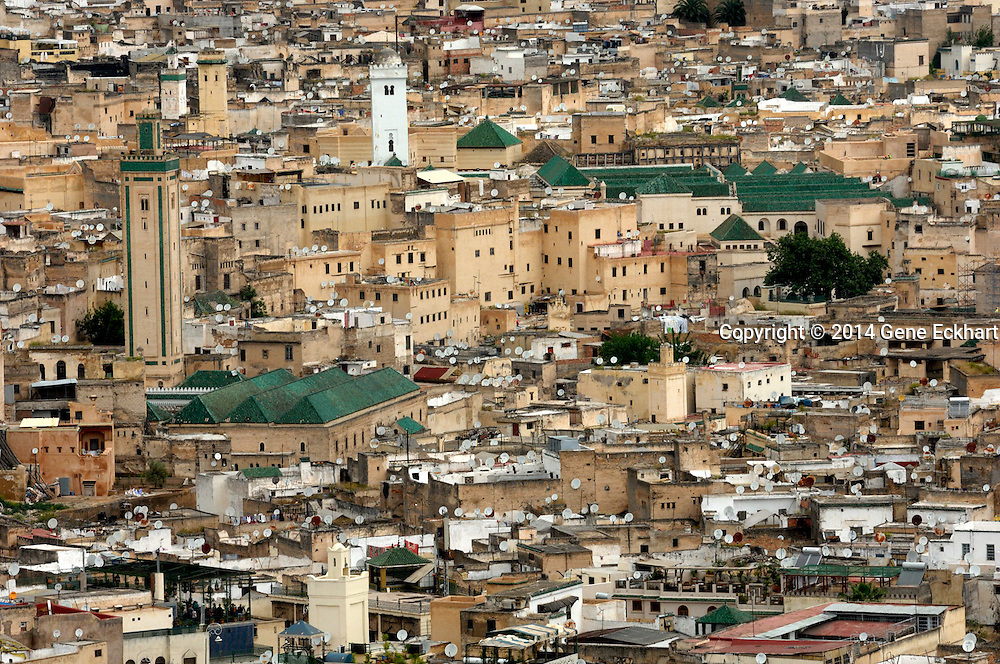