This is a great example of a unique behavior that I've only seen here in Mana Pools National Park and in the forest in the Ngorongoro Crater in Tanzania. At this time of the year the acacia trees have pods on their branches that the elephants are quite fond of. They eat everything in reach first, then when they have to go higher, they will start shifting their body back and forth and then use the momentum to launch themselves up in the air. With the additional height, they can grab the higher branches pull them down, strip them and eat them. Sometimes they will go all the way up with their entire body supported on one foot. It's quite a wonderful thing to see...

Elephants are the largest land animals. The elephant's gestation period is 22 months, the longest of any land animal. At birth it is common for an elephant calf to weigh 120 kilograms (260 lb). They typically live for 50 to 70 years, but the oldest recorded elephant lived for 82 years. The largest elephant ever recorded was shot in Angola in 1956. This male weighed about 12,000 kilograms (26,000 lb), with a shoulder height of 4.2 meters (14 ft), a meter (yard) taller than the average male African elephant. Healthy adult elephants have no natural predators, although lions may take calves or weak individuals. They are, however, increasingly threatened by human intrusion and poaching. Once numbering in the millions, the African elephant population has dwindled. 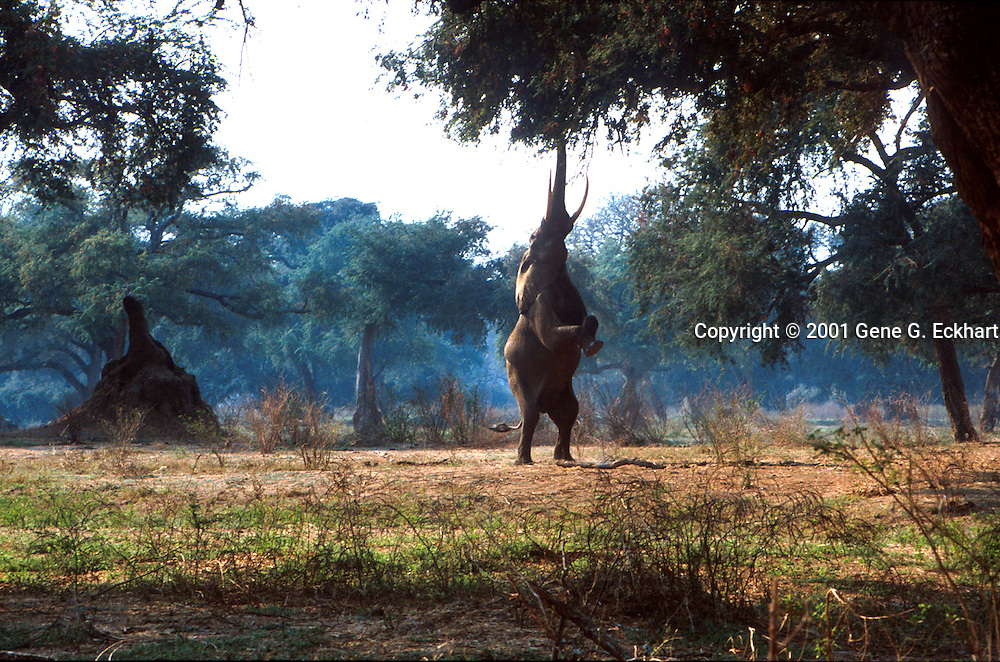