The Angkor Wat complex is lit up at night and forms a spectacular view particular when reflecting in the pools in front of the temple. 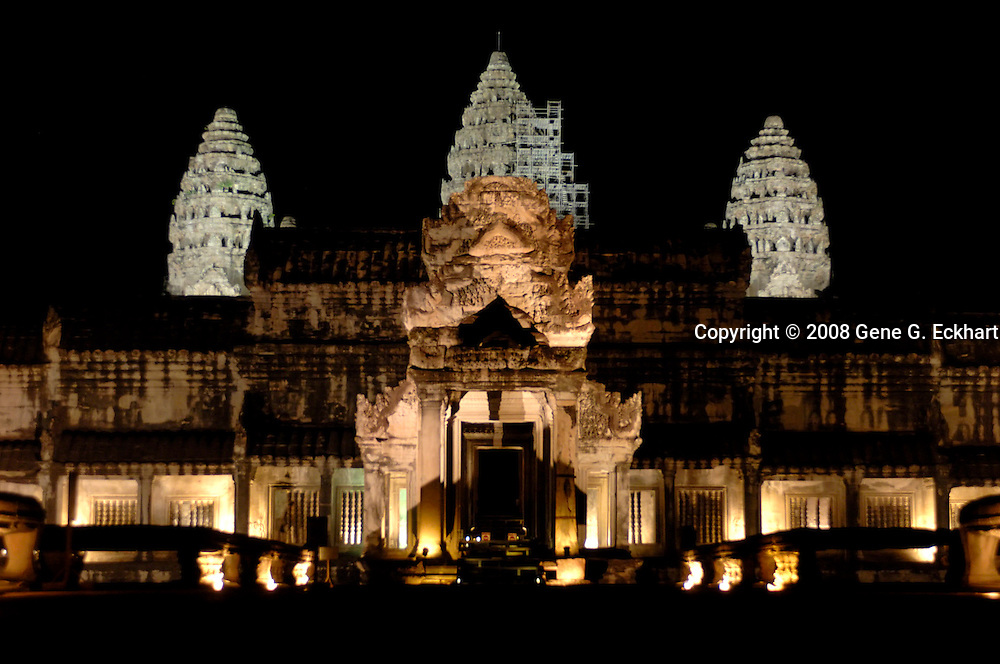